Culture transformation: Can we really change our habits at work? 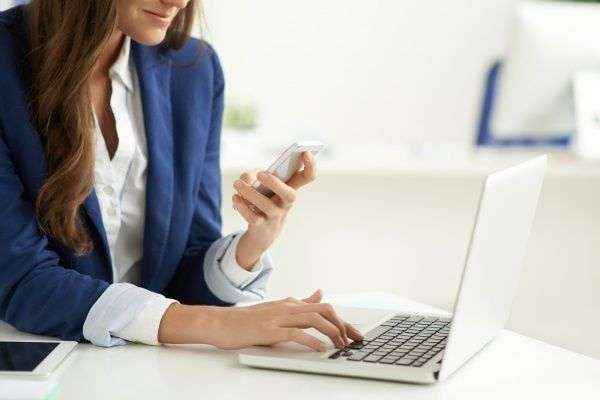 Culture is a reflection of the behaviours that are the norm in an organisation. Consequently, changing a culture requires a change of behaviour. In particular, it requires the critical few—those in positions of influence—to adopt the behaviours they seek in others.

We at Walking the Talk have had a clear resolution since we began: to make the dream of a thriving, sustainable culture a reality for every business. And we do so with our clients by empowering them organisations to adopt new behaviours and change habits effectively, so that a successful and lasting culture transformation can occur.

Once we have completed the more formal elements of our work (helping a client define the culture they want, assessing the current culture, building a plan to close the gap) our client relationship inevitably moves on to helping leaders to “walk their talk”.

The first step is to ensure that your leaders are very clear on what walking their talk actually looks like when it is occurring. This may appear simple, but the devil is in the detail. For example, many organisations are now aspiring to a ‘risk culture’. But we have found that most leaders struggle to name the members of their team who consistently behave in a ‘risk culture’ sort of way. Most of us can spot the behaviour we don’t want easier than the behaviour we do want. The same applies to ‘customer-centric’, ‘innovative’, or ‘collaborative’.

With this experience in mind, we’ve created 42 cultural aspirations (every target culture our clients have ever aspired to). These range from Courage to Generosity, Coaching to Focussed, Risk to Achievement. We then analysed the 10 observable behaviours which are most likely to contribute to that type of culture and built a special tool which allows users to track those behaviours in themselves, in their teams, and in their colleagues. In addition, we’ve designed 50 coaching tips for each aspiration that prompt users to use those behaviours in the day-to-day.

The tool is called Habi (building new habits). And whilst researching to create it, we’ve learned what it takes to adopt a new behaviour. Here are a few tips that you might find useful:

One behaviour at a time. Our tool deliberately only allows users to choose up to five behaviours to track at any one time. Why? Because we know that long lists don’t work. But we were surprised. When people started using the tool, most found that even five behaviours was too much. One, or at the most 2-3 produced the best results.

Think of this way: Imagine you are sitting in a meeting and you want to be sure that you display a particular behaviour. Let’s say that behaviour is: “I made sacrifices in my area for the good of the whole” (a behaviour associated with Generosity). To adopt this behaviour, you'll need to be really focussed on looking for moments when the opportunity arises to offer this sacrifice. That, together with your normal participation in the content of the meeting, is enough for most of our attention spans. If a person focuses relentlessly on that behaviour for 2-3 weeks, they often get to the point where that behaviour has become habitual. It’s then possible to move on to the next behaviour.

Reward. We need to feel good about our efforts to adopt a new behaviour. Ever wonder why we’ve all become so addicted to the various activities offered to us on social media? Tech designers have mastered what’s called ‘gamification’, a process which includes using rewards to encourage us to keep playing and keep coming back. Rewards can be as simple as seeing our score going up, seeing our scores relative to other people’s, or it can be some special acknowledgement for a particular achievement–regular usage, or reaching a certain level. Rewards can also come from other people, verbally, through comments or ‘likes’. For Habi, we’ve designed a specific set of rewards for Version 1, and have a new set planned for Version 2. If you want to adopt a new behaviour in your personal life, then it’s vital that you design your own form of reward and build it into your plan.

Reminders. Even for simple aspirations, we need triggers to remind us to do what we intended to do. Without them, we can be remarkably good at forgetting. Triggers link our intended behaviour to a particular event or moment in time. For example, someone in the team can remind everyone at the beginning and end of a meeting of the team’s shared commitment to be more focussed and disciplined. You can also link your intended new behaviours to specific moments in the day. For example, I have been working on ‘care’ as a goal, and have been focusing on asking people something about their personal life during our first interaction of the day. It’s a simple trigger, but an effective one.

When seeking to change habits for good, remember these three things: Triggers (reminders), Response (one behaviour at a time) and Reward (find the feel good factor). You’ll be hearing more from us about Habi and our resolution to help people adopt new behaviours in their organisations. Meanwhile, let’s look 2017 squarely in the eye, one habit at a time.

We are delighted to announce that Carolyn Taylor's new book, Accountability@work: How to Make and Keep Promises and Have Others Do the
END_OF_DOCUMENT_TOKEN_TO_BE_REPLACED

Walking the Talk's Founder Carolyn Taylor was this week's guest on The Recruiting Future Podcast discussing trust and accountability.
END_OF_DOCUMENT_TOKEN_TO_BE_REPLACED

Today we launched a new brand look and feel for Walking the Talk.
END_OF_DOCUMENT_TOKEN_TO_BE_REPLACED