Culture Management: A systemic view of culture for leaders

Leaders do not operate in a vacuum. They operate in an ecosystem that influences everything they do. Understanding how the ecosystem functions and how it can distort the actions they take is critical to them becoming effective leaders. 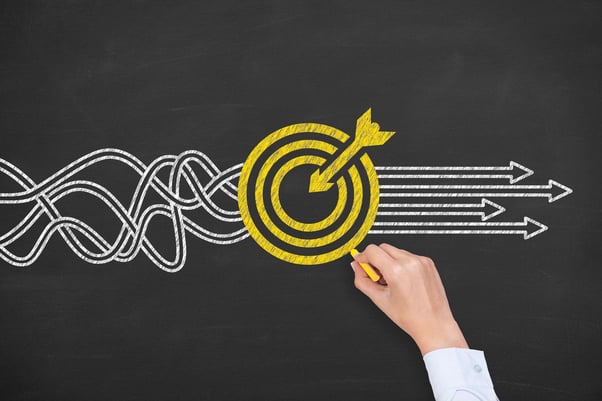 The interaction between leadership behaviours and the ecosystem is also at the core of what makes culture sustainable. One of my clients, a multinational organisation, was telling me recently that they had noticed that their leaders, who had changed their behaviours one year into a global leadership development program, were “reverting back to type”. In our discussion, I quickly identified that they had not addressed some of the most fundamental systemic elements. We identified that the performance management system was pushing leaders to behave differently from what the leadership development program intended them to do.

Culture can be defined as the systemic patterns of behaviour in the organisation. It is created through the messages people receive about what is valued and those messages come from three main sources: behaviours , symbols, and systems.

To shape culture, you need to realign the messages from the three channels. The trick is that businesses need to work on all three elements at the same time if they want to be effective. If they work on behaviours alone, unless there is a profound mindset shift, not much will change in the long term. If they work on symbols mainly, people will quickly understand that nothing has deeply changed. And if they only focus on systems, it will take a very long time to shift mindsets and behaviours.

Smart organisations work on their culture management by supporting personal development of their leaders with a systemic view of culture. They design and implement leadership development programs and other training initiatives, while at the same time improving systems and procedures to align them with the target culture. Carefully chosen symbols will reinforce the message. 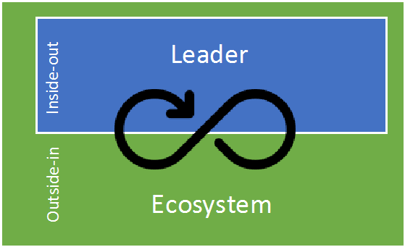 Great leaders have developed the skills required to take a systemic view of their actions. This is not an easy skill to acquire. At Walking the Talk, we long ago realised that organisations needed to support their leaders and senior managers in developing systemic skills, but it is only recently that we created a training module to do this. Have you ever heard leaders complain that the system is playing against them and that they can’t be effective as they would like to be? This is it.

Here are two examples of issues for leaders whom I have worked with, and how they turned the problem on its head by adopting a systemic view of culture.

Maria (not her real name) is an executive in a large firm. She was shocked by the feedback she received in a 360-degree feedback process. Her organisation had initiated a top team development process to support the executive team in becoming role models of culture. Maria’s self-perception was very different from how people saw her. She thought she was caring, which led her to adopt a command and control approach to “protect people” but this was actually perceived as non-caring – the opposite of what Maria was trying to do. Maria took the feedback on board and decided to give people more freedom. Empowerment became her motto. The problem was that because her direct reports knew her as “command and control”, when she gave them more freedom, they were suspicious and interpreted her new behaviour as a test with ill-intent.  As a consequence, they didn’t grab the freedom she gave them. Maria and I worked together to incorporate the feedback the system was giving her: she understood she had to somehow change the way people saw her. She organised a meeting with her direct reports where she lay her cards on the table and explained what she was doing, and why, and how she wanted to change her previous behaviour. This was all people needed to understand the sudden shift they were observing. They started supporting her and accepted the increased responsibilities she gave them.

Gareth was working hard to bring a more caring approach to his reports and his reports’ reports. He was setting standards around asking questions, using each other’s strengths, becoming more intimate, balancing personal and work life, but his efforts were fruitless. When I sat down with him to find out what was not working, I quickly discovered that the company’s KPIs, and therefore, his team’s KPIs, were purely of a financial nature: overall revenue, profit, and revenue from new clients. His people were focused on achieving the KPIs and because care was not part of it, they did not pay attention to it.

Gareth could not change the firm’s metrics, but what he could do was to take them into account when trying to increase care. The first thing he did was to show his reports how by becoming more caring, it would lead people to be more motivated and, for example, take less sick-days, which had a direct impact on KPIs. He also identified the key points in processes where care was important and often forgotten because of the financial pressure. He sat down with each of his report to highlight those points, and he personally designed a process that ensured inappropriate behaviours were not displayed at those key points.

If you’re a leader wanting to bring this systemic view of culture into your work, here are a few things you might want to consider:

Join us on Wednesday, November 16th at GMT 12.00 / CET 13.00 / EST 07.00 for a special webinar when Jerome Parisse-Brassens, Executive
END_OF_DOCUMENT_TOKEN_TO_BE_REPLACED