Can a speak up culture prevent business issues?

In the wake of the Royal Commission and its investigation of banks, financial services and now disability and aged care organisations in Australia, many companies are focusing on how to get their people to speak up. Recent investigations have put culture in the limelight by showing that behaviours that are not managed can have a disastrous effect on business outcomes.

Australia is not alone. In many countries, regulators are putting pressure on organisations to ensure they are putting everything in place to identify and manage undesired behaviours. Emphasis has been given to creating a speak-up culture, where employees can express themselves fully and point out unethical behaviours before they hit customers and shareholders.

For employees to feel they can safely say what is on their minds, two critical things need to be present: a safe space for people to express themselves, and courage.

Creating a safe space is also referred to as psychological safety. The term psychological safety was coined by Amy Edmondson from the Harvard Business School. She defines psychological safety as “a climate in which people are comfortable being and expressing themselves." Psychologically safe environments exude “a sense of confidence that the team will not embarrass, reject or punish someone for speaking up’’. Creating a safe space is often considered a responsibility of leaders, but all employees are actually involved in the process. An executive I am coaching realised that because of his personality, success and personal aura, people felt intimated to speak in his presence and contradict him. This applied to his direct reports, but also to the other executives on his team. He was completely unaware of his shadow and of how this led to a number of issues not being fully discussed and agreed, with a negative impact on business results. What I found interesting was that the executive in question was a positive individual who had always tried to do the right thing and empower his people and role model the behaviours he wanted to see in the rest of the organisation. People liked him and didn’t want to disappoint him, so they were choosing not to speak up. We tend to think of people who don’t create a safe space for others to speak up as bad leaders who think they know best and don’t want to hear what others have to say, but quite often, the lack of safe space is created by people who have the best intentions at heart but live in a cultural ecosystem that prevents others to express themselves fully.

To speak up, employees need more than a safe space, they also need courage. The purpose of psychological safety is to remove fear so that people can say what they think without reprisal. However, fears will never fully go away. Courage is not about removing fears, but about acting on them. Without action there is no courage.

Having courage requires clarity of the values of the business, because it enables people to link what they are saying back to espoused values and decreases the personal risk. Openness is also a key success factor of courage. Open leaders will welcome ideas that are different from theirs, they will not judge others, and they will also not be afraid of sharing their weaknesses with their peers. Openness is strongly linked to acceptance, which also reinforces courage. Finally, there can be no courage without personal responsibility. Personal responsibility (also called above the line behaviour) means that people choose to look at the things they can control versus being a victim of external factors. This allows them to self-empower and trigger change. Taking personal responsibility is exercising courage.

How to implement a speak-up culture?

Safe space and courage must be tackled together. I firmly believe that speaking-up cannot be implemented across a whole organisation by simply taking people through a course. Of course, the theoretical aspects of speaking-up need to be understood by employees. Leaders need to acquire the ability to look at their own shadow and measure the impact it is having on people. They need to assess their personal, social, and organisational impact to develop a healthy speak-up strategy for themselves and their people. As to employees, they should assess how important what they want to say is to them versus the perceived level of risk. If the level of risk is low, they should feel free to speak up using critical conversations tools. If, however, the perceived risk is high, for example because gender, race, social and hierarchical elements are putting the person in a situation where they may be judged and criticised, the employee needs to develop a strategy to get their message across. This may include saying it in a different forum and at a different time.

Once these theoretical elements are well understood, they need to be put in practice, and intact teams is the best forum to do this. It is well accepted that a cross-functional setting is safer to express the things that are on someone’s mind, but what I have experienced is that a cross-functional setting also decreases the impact of what one has to say. An intact team setting creates a safe space for practicing speaking-up. And with practice, eventually comes proficiency. Tools and techniques that can be used to practice speaking-up include self-assessment; assessment of others on a small number of behaviours; learning from the role models in the team; working on behaviours that are weaker across the team; giving each other feedback; and committing to practice and learn in each other’s presence.

Doing this across many intact teams makes a real difference. To make the shift sustainable, it is essential that top leaders walk their talk and role model creating a safe space and speaking up. This will reinforce what employees have learned in their intact team. I have witnessed organisations create a real shift in speaking-up in just a few months, even when hierarchy was high. 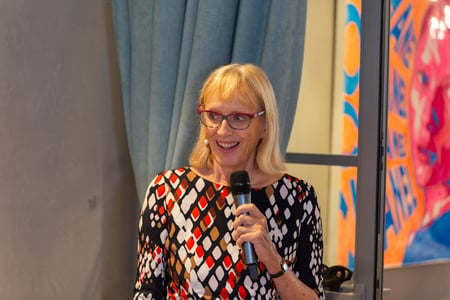 Join us on Wednesday, November 16th at GMT 12.00 / CET 13.00 / EST 07.00 for a special webinar when Jerome Parisse-Brassens, Executive
END_OF_DOCUMENT_TOKEN_TO_BE_REPLACED