Are your brand values holding you back? 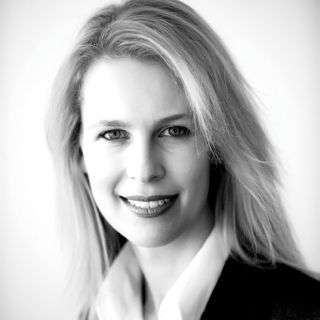 Almost every organisation has some statement of what they stand for, usually in the form of a mission statement, or a list of values that seeks to define the core behaviours of the company and guide its strategy.

But if you mention brand values to employees in many organisations you may well see a disconcerting number of eyebrows raised or eyes rolled. That’s because these values often ring hollow, mean little and have got tired – both to leaders and to their people.

Culture is about what is really valued – demonstrated through what people do, rather than what they say. When the ‘walk’ and the ‘talk’ do not line up, it is the ‘walk’ that shapes the culture. As such, you can share a number of desired values on your website and once a year at your Annual Conference, but if you are not putting them into action in the day-to-day then they have no meaning.

This can be damaging in a number of ways. It can mean that employees become increasingly cynical towards leadership teams, and also dispirited. It can also result in talented employees leaving.

Increasingly, millennials are working in a significant number of middle and senior positions. And it just so happens that they are a generation that are more mission-driven, values-led, and expecting of their employees than ever before, as this BBC article outlines.

The piece describes how “if you tell millennials that you will do something, they actually expect you to do it.” Not a huge revelation, but it does mean that brand values, and living up to them, has never been more important. If you want to retain your best talent and to be an employer of choice, and ultimately to succeed, then it’s essential that your values and your culture align.

One organisation that has understood this concept and taken it to the next level is Netflix. The online streaming giant released their revised brand statement and culture statement to such acclaim that it went viral online. For a 4,000 word strong document, that’s pretty remarkable, and demonstrates the significance of what values mean to today’s workforce.

The document is very clear about what the organisation expects from its employees, and about what it expects from them. As Netflix themselves say, “It’s easy to write admirable values; it’s harder to live them.” If you crack that, then your organisation is on to a winner.

It is not just employees that recognise the importance of values, but consumers too. A large number of your potential customers will likely be judging your offering not just on the quality of your product offering, but on what you stand for. The nickname for this market section is “corpsumers”, and if you fail on your customer service or have a damaged reputation, then you are cutting yourself off from a significant amount of potential purchasing spend.

Look at the recent issues that Uber have faced, due to failures to live up to their stated values. Their brand is damaged in terms of attracting and retaining both talent and customers.

To avoid such consequences, it’s essential that values are considered, embraced and incorporated in everything that you do. As a leader, your outward actions are a manifestation of what’s really held to be important by your organisation. Making sure that your stated values and your actions are aligned will likely be the difference between success and failure.