What does It take to outthink the competition?

Every day, faced with the same sets of data about their external environment, competitors make different decisions.  These decisions will determine who performs the best. Its culture that plays a big part in the way those decisions are made, and in the nature of what is decided. Culture is a key determinant of whether you can out–think your competitors. 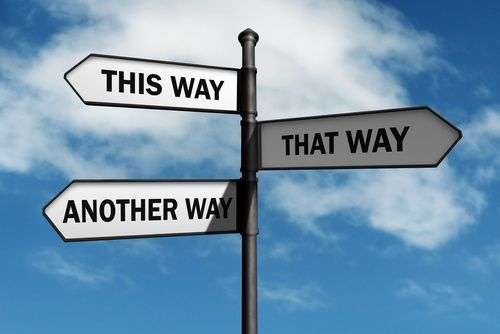 This week we've seen the tragic outcome of such a scenario. Aviation authorities in Ukraine stated that their airspace was safe above 32,000 ft:  Some airlines accepted this position, whilst others questioned it and made some different decisions.

Malaysian Airlines, Singapore Airlines, Air India, Luthansa all decided to fly over Ukraine.  British Airways, Air France and Qantas had decided prior to July 17th to add 20 minutes to their flight times and do a dog-leg either above or below Ukraine.  After that, chance determined which of the aircraft flying over Ukraine was hit.  Singapore and Air India had planes very close by which could also have been shot down.  But those who flew the dog leg had out-thought the others and taken their passengers further out of harm’s way. What are the cultural factors required to consistently out-think everyone else?  Not just in cases of safety, but in any circumstance?

1. Firstly, you need the right set of values.

In this circumstance, valuing safety was a pre-requisite.  Everyone in the organisation needs to know that some things really matter.  In this case, safety.  But every good airline today has safety as a value.  Just like most good organisations has customer focus as a value.  It's not enough.

You have to have certain characteristics in your culture, certain patterns of behaviour and thinking that will produce optimal results.

2. The second factor is a mindset where everyone takes responsibility.

At Walking the Talk, we call this ‘above the line’ thinking.  It does something like this:  Instead of being passive and blaming others, it asks questions that take ownership of the situation: “Given the instability in the Ukraine, how will we choose to respond, could we have responded differently?”

Organisations with this feature in their culture recognise that in every situation they have the ability – and the choice – to respond any way they want.  RESPONSE-ABILITY. Just following a set of guidelines or rules is not enough.  People have to think for themselves as well. We see this today in the risk environment:  Regulators providing rules and guidelines isn't enough.  To produce the optimal risk culture, you need people who take responsibility for the choices they make, and make them consciously.

I don't know the processes that Malaysian Airlines, Air India, Singapore Airlines and others made to decide to fly over the war zones.  Did they examine the assurance that it was safe and decide it was the right one? Or did they take it as the truth and not question it?  The airlines that had chosen to divert to the dog-leg clearly questioned and went beyond those guidelines in their pursuit of safety.  What was it about those airlines thinking process that allowed them to produce this optimal outcome?  This is where airlines should focus their attention now.  In tragic circumstances like these, it would be considered completely normal to blame someone. It's true that Russian or Ukrainian troops shot down the airline.  But it is also true that by flying a dog-leg, some airplanes were moved out of harm’s way.  Focusing on what we can do differently will consistently produce better results than focussing on who to blame.

3. The third factor is a culture of challenge.

To make a decision like this you need an environment where people feel safe to challenge the accepted status quo, even in the face of  decisions other competitors are making.  In this instance there would be a cost in the 20 minutes extra flight time.  People would have had to challenge hard to persuade others that the dog-leg was the right decision.  Senior managers would have had to be open to listen.  These patterns of behaviour go beyond just having the value of safety.  They map out the type of culture you will need to support this value.

The right values + a mindset of responsibility + a culture of making and receiving challenges = a higher likelihood of better decisions.

There will always be terrible luck - the seemingly random set of events that led to that particular airplane being the one that was shot down.  But the best cultures do not accept bad luck.  They will always seek to out-think others to reduce the extent to which they are subject to luck, and to produce a better outcome for their customers and their shareholders.