We are engaged, can't you see?

Do you know why you measure Engagement?

When we explored why Engagement was so popular, there were similar reasons amongst the group but also similar frustration relating to the results not reflecting the reality of the workforce views and not answering some of the issues employees face.  In discussions we found there is a point where the data becomes ‘saturated’ and the response to Engagement results were no longer creating the right change in behaviours.

Of those who measured both Engagement and Culture, its debateable whether placing culture specific questions into an Engagement survey constitutes a culture measure, but let’s save that discussion for another day.  In practice, a number of organisational realities keep Employee Engagement metrics entrenched as an organisational metric, but do we know the reasons for why?   Let’s think about this further.

Engagement is not Culture

In previous blogs on this topic we have drawn the theoretical distinction between Engagement as defined as “the extent to which employees commit to something or someone in their organisation, and how hard they work and how long they stay as a result of that commitment.” Whereas Culture can be defined as the patterns of behaviour that are encouraged, discouraged or tolerated, by people and systems over time.  Engagement provides a gauge on emotional connection individuals have to the organisation, but not why whereas culture diagnostics reveal the why?   In practice, Engagement results have been the mainstay for organisations and as shown by our attendees, remain the dominant metric for many. As cultural experts, we too agree Engagement data can provide some cultural insight.  However, there is a limit to how much we can interpret and infer from Engagement data, and trying to use it beyond ‘its original intended use’ is, as our culture clinic attendees indicated, a frustrating and confusing exercise.

Engagement is a lagging indicator of culture

As a lagging indicator of culture, engagement data can be a useful indicator.  Here are some of the reasons why Engagement remains a popular measure (and you may recognise some of these from your own experience): 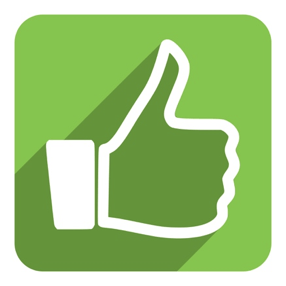 In fact, it’s become so entrenched in the HR annual cycle, that for some it’s a KPI that cannot be missed and the routine of the survey has become the annual “tick-a-box” exercise, or treating the survey as an opportunity for the yearly emotional cleanse for whatever has transpired through the year!  Is this really how to understand the culture of our organisation?   So, what are some of the downsides?

Another key point is that Engagement surveys can only measure what the individual “sees” and how they feel about their environment.

Engagement surveys capture views of the ‘visible’ through behaviours whether it be application of policies, procedures or the way people act.   Items are posed as “I” questions within Engagement surveys and how each individual feels about something or someone at work varies greatly which is why Engagement scores are by their very nature volatile and time specific.   Individual career stages and personal life stages will also influence how engaged an employee may be with their organisation.

It’s very common for Engagement levels to either start to plateau after a time, with results varying little despite continuing efforts in the poor performing areas, or results start to decline despite genuine efforts.

So, you have to ask is Engagement the right data to understand what is happening beyond the surface?


Topics: Engagement, Be Do Have, Behaviour, Managing behaviours

Leading culture through a crisis