In the first of an exclusive series of articles defining culture in organisations, Walking the Talk's Director Europe, Amanda Fajak, begins by walking us through how culture is distinct from engagement.

I was recently involved in a Ministerial Summit on Corporate Culture in London. Two things struck me at the event. Firstly, after spending the last 17 years highlighting the criticality of culture, it feels as though it has truly ‘arrived’. After achieving status as Merriam-Webster’s dictionary word of the year in December, culture is referenced in almost every newspaper and magazine. On or offline, it is omnipresent.

END_OF_DOCUMENT_TOKEN_TO_BE_REPLACED

With the literal flick of the calendar between one year and the next, a moment of clarity and personal insight appears to occur on a mass scale.

END_OF_DOCUMENT_TOKEN_TO_BE_REPLACED 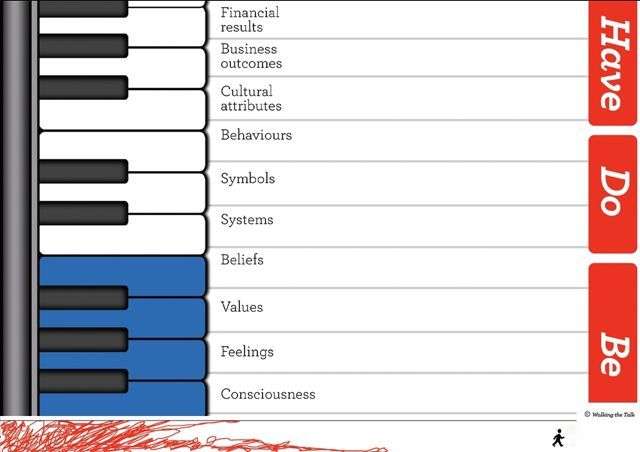 The latest ‘change program’ is often greeted with cynicism from line managers and employees alike. As this HBR article attests, as a business community, success rates for implementing change have shifted little from the 30% mark published by John Kotter almost 10 years ago.

END_OF_DOCUMENT_TOKEN_TO_BE_REPLACED

Our tendency to the status quo

I read in the newspaper this week that a gambler had bet £800,000 on Scotland voting ‘no’ for independence.  A massive personal gamble, or was it?