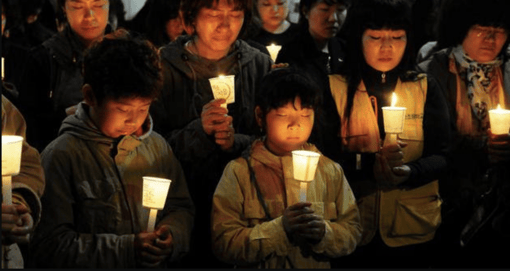 I feel moved to comment on the cultural factors at play in the tragedy that has unfolded this week in South Korea. Amidst the grief and the horror at what has occurred as a result of the ferry capsizing, there have been a number of articles and commentaries, particularly from within South Korea itself, on the link between the culture of the country and the events that occurred before and during the disaster.

It's sometimes hard for leaders in organisations to see the link between their culture and their performance. We spend a lot of time in our work helping leaders make this link, because it strengthens their resolve to improve their culture and to stick with a task that does not fit as neatly into corporate objectives as some others. How much greater is the task of changing elements of a country’s culture, and yet that is what many need to do. Think, for example, of the task that confronted West Germany in 1989 at the time of reunification, where their brothers and sisters had spend 45 years under a regime whose behaviours, symbols and systems killed off many of the entrepreneurial and self-motivating features Germany wanted for its future.


In South Korea, there are two themes emerging of a cultural nature:

• A country where economic gain has allowed standards to drop, especially in regard to safety. Investigations will find evidence, but it appears that there were a number of safety standards ignored in the way the ferry was managed.

• A culture where respect for one’s seniors would have made it nearly impossible for most school children to act in contradiction to an order issued by the captain, even when the evidence in front of them suggested that they needed to get on deck fast.


What can we, in our organisations, learn from this?

Culture is the patterns of behaviour and thinking that become habitual in a community. We need to understand the specifics of what behaviour and thinking our culture encourages and then with courage consider whether these will be useful under extreme circumstances. Pick the one or two which could have catastrophic consequences, and build a culture program to change them.

When you operate in a community of competing and multiple interests – like a country, or an industry, you need to build a coalition of voices who take a stand for certain standards. There are always enough voices, but the challenge is co-ordinating them. It is tragic that it often takes a disaster to galvanise action, but those who choose to lead a cause and advocate for change can achieve the same result.

It will be an extraordinary difficult journey for all who have been affected by this tragedy to lift themselves beyond blame and anger. I know I would feel those things if it were my children, how does one come back from that? How can each of us respond to events like this in ways that lead to good?

As leaders I feel we have a responsibility to build cultures which encourage behaviour that protects and nourishes those members of our community who place their trust in us. That is the nobler purpose of this work.