The age of the mindful organisation: Mindfulness symposium 2014 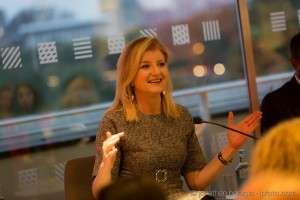 CAROLYN: "I started my career teaching mindfulness. Since then, I've always maintained it as a personal practice. It was not something I ever shared through my work helping clients to change culture. After spending an evening with Arianna Huffington, I felt the time had come to be bolder in the quest to build mindful organisations, with mindful leaders.
Culture change is about changing behaviours and habits that have built up in the organisation - 'the way we do things around here.’  In order to change a behaviour, an individual must catch themselves in that moment before action, and make a difference choice. 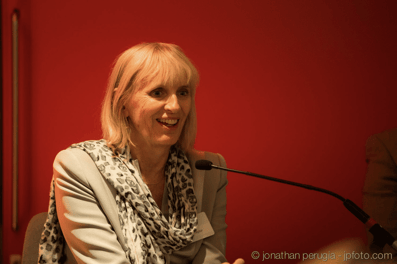 What does it take to be able to take that pause?
More self-awareness. A greater ability to witness one’s own behaviour.  These are the gifts of mindfulness.  To loosen the grip of habits is to provide oneself with choice.
Once a leadership team has become clear and aligned on the patterns of behaviour they want in their organisation, and the vision is set, then changing existing habits is a matter of daily choices. Role modelling oneself and encouraging others is a daily practice, and one which is made much easier if one’s mind is stilled through regular mindful routines. 10 years ago, emotional intelligence emerged as a valued attribute in leaders.  I now see a trend emerging which I believe will result in mindfulness becoming equally valued. I am delighted to be a part of a growing group of influencers who will accelerate that happening."

Learn more about Walking the Talk's products & services here.
For more case studies, ebooks, reports and white papers visit the Walking the Talk resources page here or contact us to learn how we can transform your culture.

Topics: Carolyn Taylor, Mindfulness, Be Do Have, Behaviour, Leading culture