How culture operates in the first 3 months 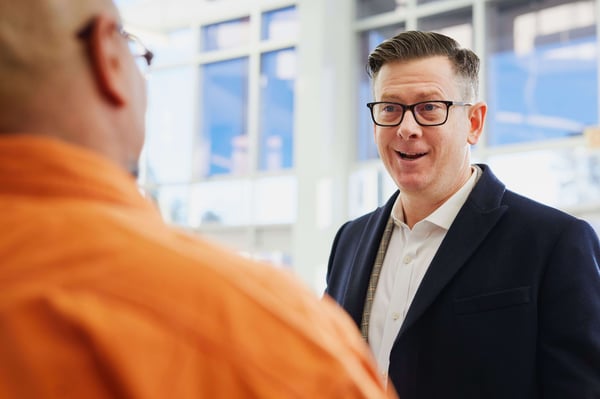 Each group gets to see what the other looks like.  Specifically what you see are the behaviours, symbols and systems of the other organisation. They may look like you, even talk like you.  On the surface they may be in the same business, and therefore undertake the same activities.  But very quickly you will notice that they are not the same as you.

Of course you will have heard some information already about how the other tribe operates.  Some of your members will have been involved in due diligence activities, or planning for the future acquisition.  Others may have worked there previously in their career.  Perhaps the other tribe was a past competitor, or someone you met at industry functions.  They might have been a customer, or a supplier.  You may share a parent, and be two divisions of the same group.  They will have a reputation regarding how culture operates, and you will know what it is.

There is a large distinction between the observation of differences, and the formation of judgments about those differences.  In one merger we worked on, one company had a strong verbal culture.  Decisions were made in meetings, face-to-face, based on debate and presentations.  The other had a written culture, based on extensive documentation.  Decisions were made by individuals once all of the relevant information had been submitted.  Both cultural systems worked.  Both made mostly good decisions, and a few not so good ones.  However, the judgments each made about the other were damning.  “They’re so bureaucratic”, said the verbal tribe, describing their new colleagues, “They take so long to make a decision most of the good opportunities pass them by.  No wonder they’re struggling in the marketplace”.  “They’re cowboys” retorted the others, “they take insane risks and make subjective decisions.  We are fact based and considered and this is best for business”.

Based on previous reputation, and rapidly cemented opinions during the first few weeks of direct exposure, each tribe formed a view of the other which is primarily negative.  You will notice that I have been using the word “tribe” to describe each organisation.  I have found mergers to bring out very tribal instincts in almost everyone involved.  People’s view of their own tribe is enhanced, whilst the other is seen in a negative light.  They are the enemy, and we are the heroes. Or we have been taken over, the victims, but will fight to retain our true identity as the superior group.

Why should this be?  The acquisition is a threat, and therefore tends to bring out defensive feelings and behaviours.  Attack is an effective form of defense. It is common to belittle those we feel threatened by, and to build up our own position.  The other tribe is strange, they are different from us, and that makes them more of a threat because we don’t understand them.  The more defensive each becomes, the less clearly they see the others, and the more likely they are to describe what they see them do in a negative light.  People spend more time blaming the others.  At the same time you will find that people who were quite negative about your own organisation in the past suddenly start to see it much more positively, and to consider it to be superior to the other one.

As a leader in an acquisition or merger, your role is to help move yourself and your people past this stage as fast as possible, whilst simultaneously creating the culture you want.

There are five mental models that can potentially exist during a merger, and people have to go through at least the first four to reach the point where the culture becomes an asset.

Our experience has been that almost EVERYONE involved starts at levels 1 or 2, even the most senior leaders whose jobs have been secured before the merger commenced.  Some may only spend a few days at level 1 or 2.  Others are still stuck at level 2 five years later.  Many move up and down, jumping from 2 to 4 and back again as they come to terms with the new situation.

This seems to apply to all types of situations when two or more groups come together to work as one – mergers, acquisitions, joint ventures, two business units merging together. As an individual, you need to move through the levels as soon as you can if you are going to be a useful contributor in the merged organisation.  As a cultural leader, you can to help others progress to a mental attitude which will facilitate your objectives.

Plan and manage the human dimensions

The process of building the right culture, and supporting people through their early emotional turmoil, is made much easier by planning and leadership.  Provide data on the two organisation’s culture, train managers in how to lead in these unique circumstances, provide the forums for teams to understand and learn from each other and build respect.  Neglecting this work can result in departures of key people, poor communication and slower integration.

In the flurry of the early days, dedicate time and resources to this critical dimension of success and you will be rewarded by a community of people who are able to grow and contribute during this period.

Isely Associates International has partnered with Walking the Talk to develop a global M&A Executive Masterclass for leaders in growth organisations.

You can download our Culture Masterclass for M&A Executives brochure here.

Digital Transformation: It's the whole that matters

What is the purpose of the physical workplace experience in 2021 and beyond?