Topic: leading by example
You're part of the team. It's a 'can do' culture. Saying "yes" has to be a good thing - right? 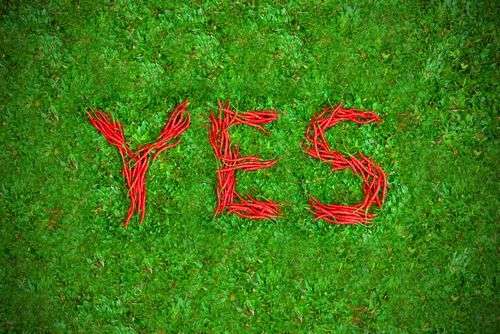 I've found that learning to say "no" will often make a greater contribution to building a remarkable organisation. People say "yes" for a number of different reasons:

"Yes" for Approval.
If you're trying to please the boss, or be seen as the nice guy, you'll want to say "yes" when asked to do things.Trouble is, getting 'yes-happy' means you'll over commit, or not ask enough questions in order to really understand what you've signed up for.  And when you can't deliver? You'll work longer and longer hours, won't be able to prioritise, and exhaust energy running around trying to appease everybody you feel you're letting down.
Approval cultures seem nice on the surface - Do you see how they can also be ineffective?

It's hard to have difficult conversations.Sometimes "yes" feels like the best answer to avoid conflict. Emotionally, it's a much easier place to be.So we say "yes," even if we don't really agree with a decision or a commitment.If Avoidance becomes the norm throughout the culture–all the way down the line–then it's unlikely there'll be constructive conversations when a commitment or decision isn't implemented.The effects on business outcomes can be disastrous.

Some people say "yes" to prove their value and to win in the competitive race against their peers.If the competition decides to make a new move, then they'll immediately have to ‘up’ it.Saying "yes" to outrageous demands can be a sign of one-upmanship: A misplaced over-confidence that isn't backed by thoughtfulness. Over-optimistic revenue targets, for example, are followed by costs to match. It all spirals from there.

Finally, here is the "yes" you're looking for. I call it the Achievement "yes". This "yes" is based on rigour and analysis. The risk anticipation and mitigation process is ongoing. There is a plan. The trade-offs with other commitments have been thoroughly considered.The interdependencies discussed. There's stretch, but it isn't based on hope and magic.An Achievement culture encourages this type of "yes."I cover this culture in more depth in Chapter 4 of my book.

Learn to say "no." So that when you say "yes," it carries with it your honour.After all, your word is your bond.