Lessons to learn from capitalising on a crisis 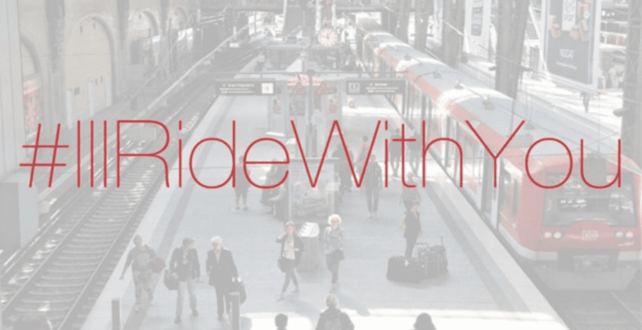 When sufficient numbers of people display new behaviours, a tipping point is reached and the community norm – the culture – changes.

At Walking the Talk, we like to study what it is that causes these changes, and we're always particularly interested in examples from outside of our field of organisational change. Where are changes occurring? What can we learn? And what insights can we pass on to our clients?

Social media has certainly demonstrated its ability to ignite a movement, having the ability to inspire a mass of people in a very short period of time, something we bore witness to this last week when the hashtag #illridewithyou spread across the world. The hashtag expressed support for Muslim people who might feel stigmatised by association with the few of their faith who commit atrocities.

More broadly, Sydney has been praised in the media for the way it has responded to the hostage taking in the Lindt Café, not with anger and retribution but with compassion and determination. In addition to some blame of the ‘system’ for granting bail to a man already know for violent tendencies.

Through one incident, we have seen both the inherent culture of Australia, as well as the potential that exists to encourage the best in people through engaging them in a positive set of behaviours and attitudes. Difficult circumstances both highlight a culture and provide the opportunity to improve it. I wrote about a similar scenario in Norway after the rampant attack on a teenage holiday camp.

What are the lessons we can apply here to changing corporate culture?

Positive attitudes and behaviours can be started from anywhere, by anyone, if they have the means to spread their message and engage others. There are always going to be existing champions of the culture you want to create. The role of those who want to accelerate a culture change is to provide the vehicles and the opportunities for these people to become more influential. We have found that a deliberate program of finding, promoting and facilitating champions can achieve this goal. Social media is just one of the tools available to make this happen.

It is during moments of crisis that people are most open to leadership, but the nature of that leadership must appeal to the greater good. If leaders take the opportunity to push a self-serving message, they will generate great cynicism. Most people want to be a part of a movement whose aims are positive – employees of an organisation will rise to messages of customer-centricity, community focus, safety and care for their colleagues – but they need to feel that their leaders are being genuine and walking their talk.

An organisation’s culture will always be on display during tough times. Investing in building the right culture now will protect you from trouble in the future when you most need it.

When have you experienced the fastest spread of a new behaviour or mindset across a community of people? What were the circumstances that created it? How can you replicate those circumstances to engineer these small changes to culture more frequently?