The Danger Zone: When Leaders Lose Sight of their impact

The Danger Zone: When Leaders Lose Sight of their impact

As a sports fan and an avid business news reader, it’s seems that every success story is about habits these days. We hear interviews with and read about the top athletes or performers, each of whom appears to have a particular routine, daily habit or dedicated behaviour pattern that enables them to achieve extraordinary results. 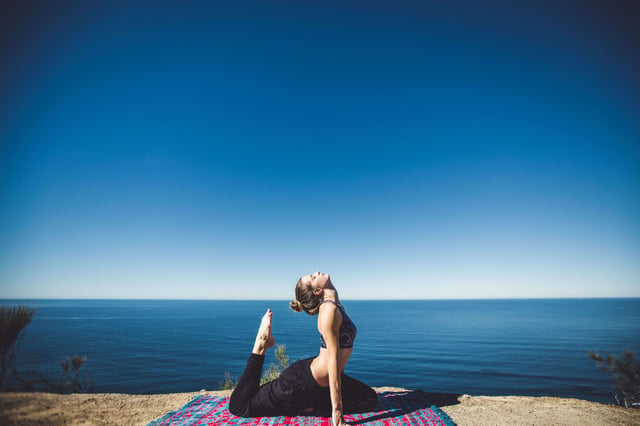 In the culture space too, one of the top areas of research and focus at this time is habit formation. At Walking the Talk, we define culture as the “patterns of behaviour that are encouraged, discouraged or tolerated by people and systems, over time.” What we are trying to do when shaping the culture of an organisation is to get people to behave in a certain way, because if they do, this will lead to the results and the outcomes you want.

The most effective way to change behaviours is to target the belief and value system that underpins why and how we behave. Because when we are able to change a belief or a value, a different set of actions and behaviours follows, and in turn, a different outcome.

But another way to change behaviours is to focus on forming different habits. Because it is hard to change one’s behaviour, focusing of something of smaller proportions such as a habit can be a very effective way of moving towards the goalpost. Habits can be defined as “a usual way of behaving: something that a person does often in a regular and repeated way”, or “an acquired behaviour pattern regularly followed until it has become almost involuntary.” This means that habits are small and need to be easily practiced, repetitive, and visible. By choosing to work on habits, we are able to shape our behaviours and move towards the desired culture of the organisation. Successful organisations are shaped by the habits and behaviours of their people. The little changes have a big impact, and you can then shape your culture, habit by habit.

Here are some things to consider when choosing the most effective habit to work on:

1. Make sure the habit has a clear link to your goal


This is essential. If the habit is disconnected from what you are trying to achieve, the exercise will feel pointless. The first step is to establish what you are trying to achieve. Has the desired culture elements of collaboration of customer centricity, or is it more about innovation? Once your target culture is clear, identify the behaviours you want to see shifting in the business. For example, for collaboration, it may be “listen actively”, or “share information”, or “integrate information from the whole business into the decision making”. Only then and based on the behaviour, can you identify the habit. For example, for the behaviour of “listen actively”, the habit could be “let people explain their position first before speaking”, or “always ask two questions before stating your position.”

Select small habits that can trigger a chain reaction in other areas of our lives when they are changed. Think of the habit that will give you the biggest shift with the less effort to shift. Small habits will give you small, quick wins and provide a platform for other, different, bigger habits to form. And they are contagious. It doesn’t matter how small the habit is: if you can do it everyday, you can build a platform for change.

3. Choose one or two habits only


Time to refrain your ambition or your drive. Research shows that you cannot effectively focus on more than one or two things at the same time. This is particularly true with habits. Many of my clients typically choose four or five habits they want to shift and they don’t understand why the change is happening at snail pace. The trick is not to try to change too many things, but to change a few things really well. So only pick a habit or two at a time. If you pick two habits, make sure they are not triggered by the same thing or that they could not be performed at the same time. For example, choose a habit that you do first thing in the morning and another one at the start of each meeting, or one at the start of meetings and one at the end of meetings.

4. Don’t move on until the new habit is embedded


Most of us are impatient. This is not helping with habits. If you start moving to the next habit before the first one is properly embedded, you will quickly realise that you have wasted your time. The first habit will be quickly forgotten. Introduce a new habit, but keep working on the first one until it becomes second nature.


Finally, but most importantly, be gentle on yourself and make sure that there is appropriate reward for the behaviour. The reward is an integral part of what is called the habit loop.

The loop starts with a trigger, or cue, which tells us how we should conduct ourselves, what our behaviour should be. The cue tells the brain to move into automatic processing. Cues can be a location, a time, other people, an emotional state, or even another behaviour! The behaviour (also called routine) is the response to the cue, and the reward reinforces the link between the trigger and the behaviour in our brain. It does that by creating a positive outcome for the behaviour, or removing a negative consequence. An example of habit loop in a culture-shaping context can be described as follows: At the start or every team meeting (the trigger or cue), I listen to participants as they check-in (the routine or behaviour), and then I check-in myself (the reward: people are listening to me). A good way to keep practicing habits is to make sure that the reward has a fun element to it, so that you want to keep practicing it.

Habits are central to culture shaping and make the whole thing do-able. They offer a practical approach that is rewarding, and they should be part of any strategy to shift employees’ mindsets.

What habit are you trying to embed at the moment? Do you have any tips for habit formation that you can share?

Jerome is Executive Director at Walking the Talk.